Exclusion / Inclusion: From theories to case sudy research on Roma-Settlements and back

Many scholars consider urban informality as the dominant mode of global urbanisation today. But the term “informal” is often still negatively charged, especially in a European context. Here, the “informal” is often considered to be the constitutive outside of the norm, equivalent to illegal, illegitimate, temporary. When applied to disadvantaged and discriminated ethnic groups such as the 12 million strong European Roma population, the notion of “informal” becomes complex and politically charged. Most of the ethnic group has been settled for centuries in European cities and villages, but their civil and political rights as citizens are routinely questioned. Urban policies vis-à-vis Roma (or the lack of them) are indicative of their precarious status, where social, economic and cultural forms of exclusion fuel criminalisation and lead to an alarming increase of segregated “ghetto”-like urban neighbourhoods. Based on the discussion of global theories of informality, exclusion and inclusion, students will study and map the various European housing policies (and the reasons for their overwhelming failures) that affect local Roma populations. A special focus will be the exemplary case of the Roma in Slovakia. Despite repeated attempts at forced assimilation, nowadays the majority of Roma people live in so-called Roma settlements. Both in urban and rural contexts, these settlements are concentrations of poverty and unemployment, of overcrowded substandard housing with a lack of basic infrastructure and opportunities. With the shift towards a market-based economy, the overall situation of the Roma has further deteriorated. 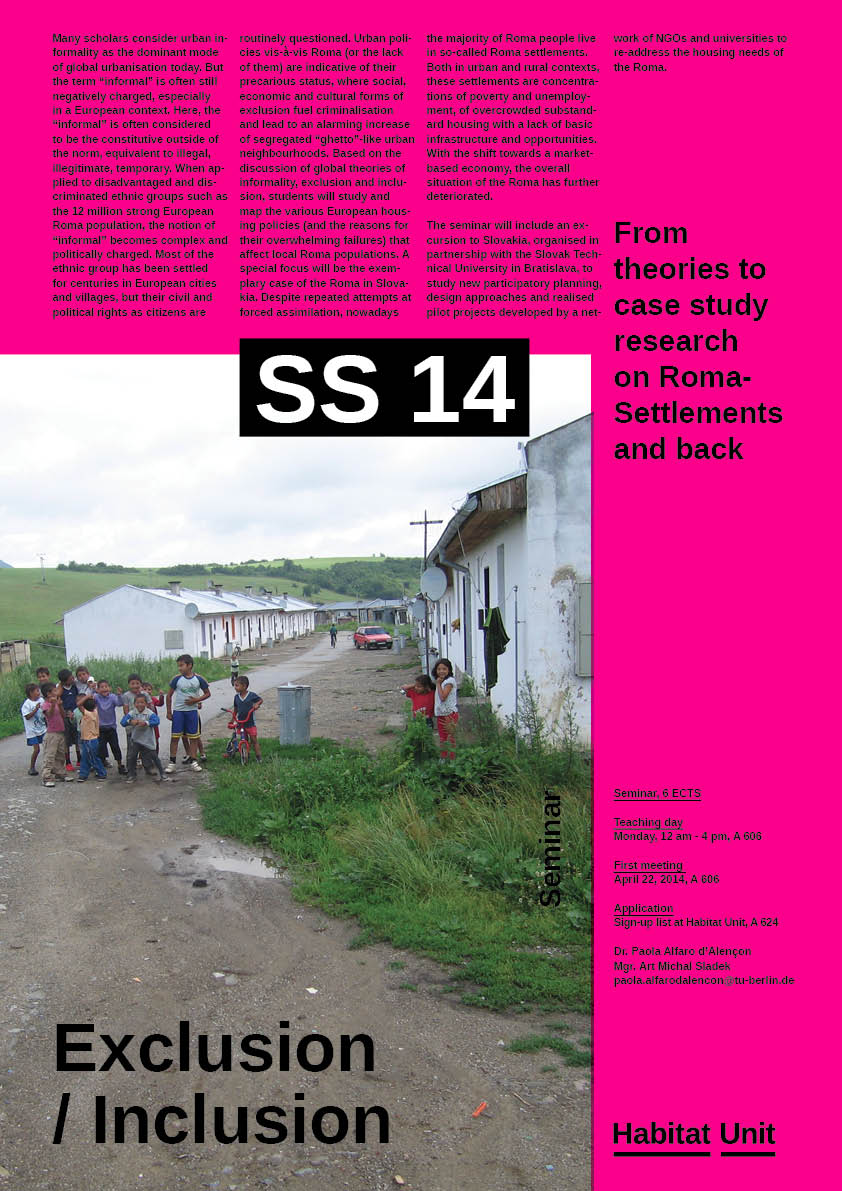 The seminar will include an excursion to Slovakia, organised in partnership with the Slovak Technical University in Bratislava, to study new participatory planning, design approaches and realised pilot projects developed by a network of NGOs and universities to re-address the housing needs of the Roma.