Berlin’s River Spree is an underappreciated urban resource, which holds tremendous potential for the future of the city. Its current status is ambiguous, caught between technocratic management as transport route, tourist destination, marketable asset for real esta- te developments and at the same time a space for projections and alternative imaginaries by local citizens as an urban commons.

The Urban Design Studio will investigate the river space and its shores as a contested site where different rationalities and visions collide. As a first step students will research the diverse constellations of actors and interests, ranging from planning authorities, environmental organisations, the tourist industry and investors, to grass-roots initiatives such as residents’ associations or cooperatives - and adopt their identities in a “role playing game” (or enactment) which simulates an actual conflict scenario.

The game will become the basis for the subsequent development of process-driven urban design proposals in which students will explore how new actor-alliances could be forged to help to help reinforce the river as urban spine for socially, ecologically and culturally diverse neighbourhoods. 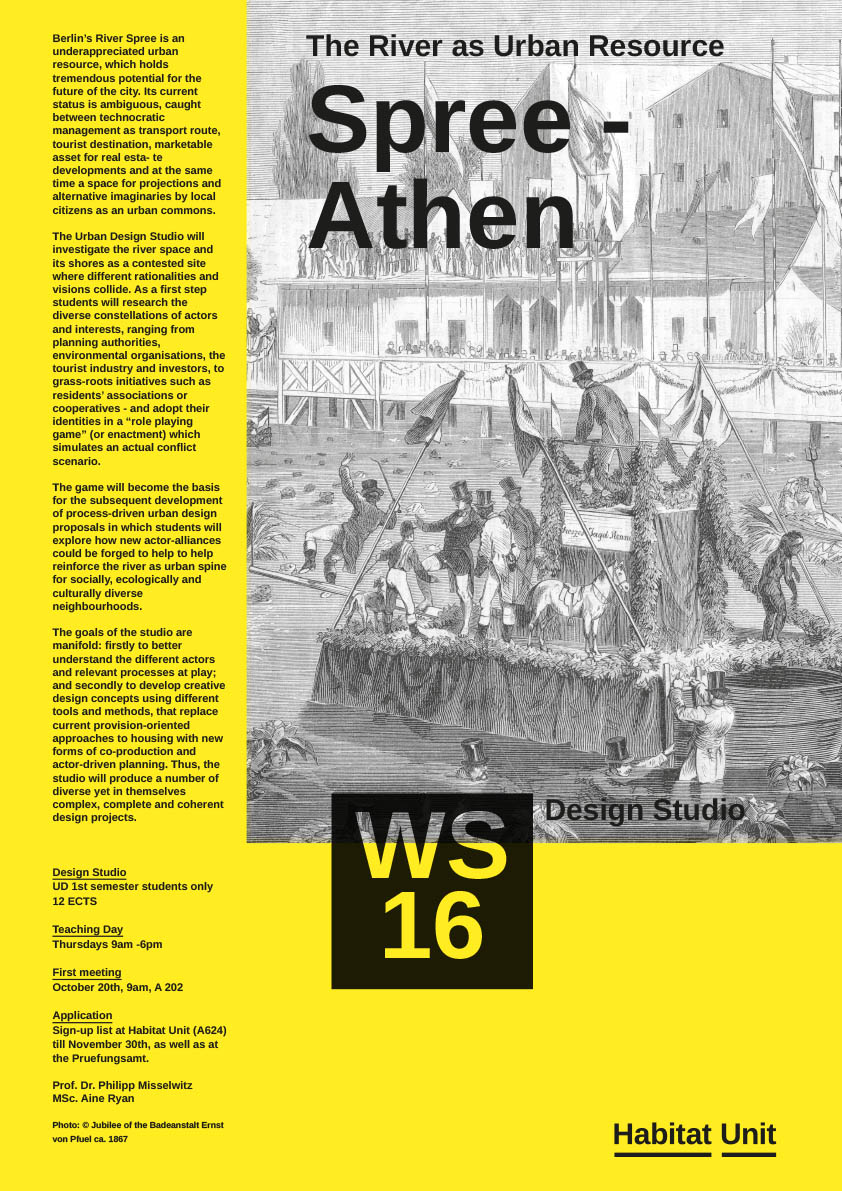 The goals of the studio are manifold: firstly to better understand the different actors and relevant processes at play; and secondly to develop creative design concepts using different tools and methods, that replace current provision-oriented approaches to housing with new forms of co-production and actor-driven planning. Thus, the studio will produce a number of diverse yet in themselves complex, complete and coherent design projects.