Throughout the last decades urban research was dominated by ‘Cityism’ (Angelo & Wachsmuth), focussing on the growth, development and transformation of large urban concentrations. This studio seeks to understand urbanisation processes as an extended phenomenon beyond metropolitan areas. The Free State of Thuringia serves as case study for an investigation of the interrelation between ‘urban’ and ‘rural’ processes of a transforming ‘post-rural’ region.

Characterised mainly by a historically evolved and polycentric network of small or middle-sized towns and settlements as well as a low population density Thuringia is a sizeable and varied mosaic, which throughout the last decades was strongly shaped by the interrelation of ‘rural’ and ‘urban’ pro-cesses.

Today, Thuringia faces enormous socio-cultural and economical challenges and climate change effects which trigger economic instability, unemployment and demographic decline. Yet these very same processes also trigger alternative, experimental and pioneering practices and can be seen as a positive trend towards a reorganization and freedom of ‘post-rural’ territories in the 21th century with its own forms and logics of spatial production and administration. What are the specific qualities and functions of these territories? How can planners strategically intervene in such a diverse and heterogeneous mosaic on a regional scale? 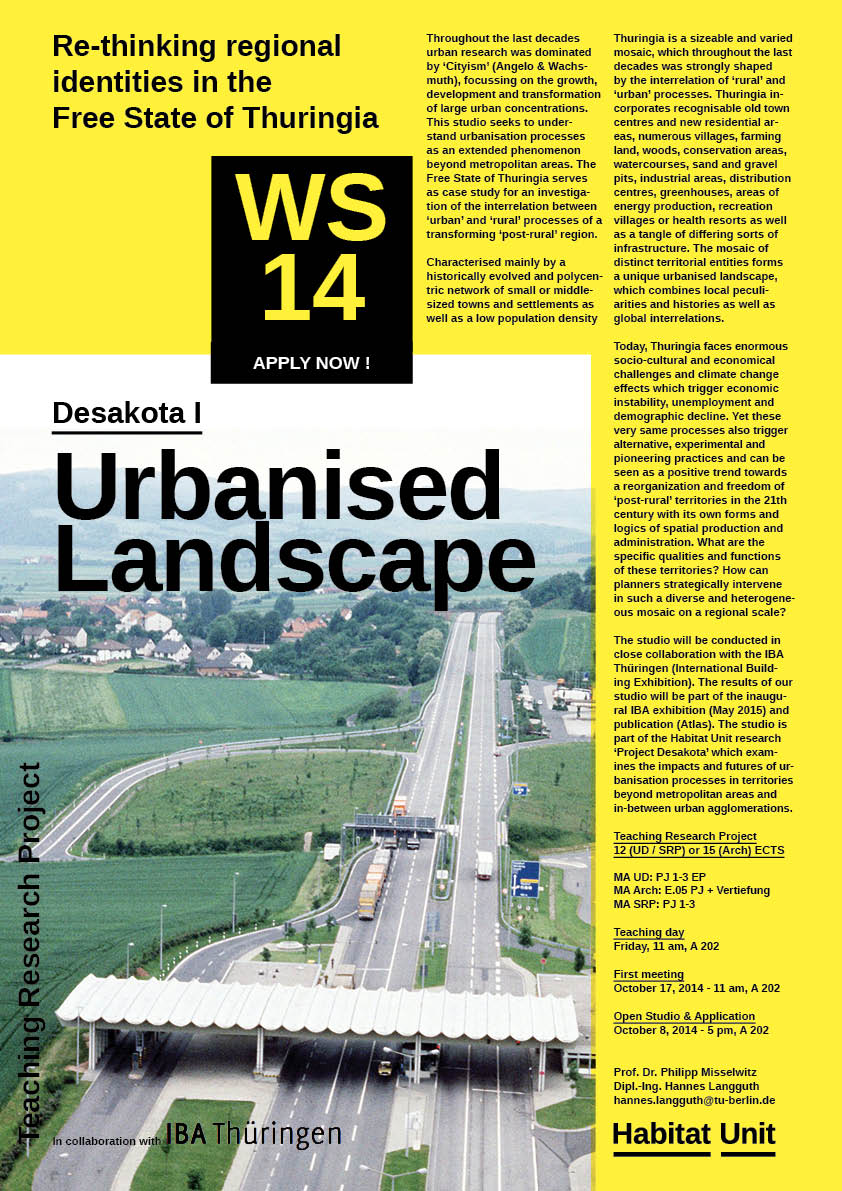 The studio will be conducted in close collaboration with the IBA Thüringen (International Building Exhibition). The results of our studio will be part of the inaugural IBA exhibition (May 2015) and publication (Atlas). The studio is part of the Habitat Unit research ‘Studio Rural+’ which examines the impacts and futures of urbanisation processes in territories beyond metropolitan areas and in-between urban agglomerations.