From Local Action to Global Networks: Housing the Urban Poor

Over the past two decades it has become widely recognized that housing issues have to be placed in a broader framework acknowledging that civil society in the form of Community Based Organizations (CBOs) and their allies are increasingly networking and emerging as strong players that cannot easily be overlooked. Some of these networks have crossed local and national boundaries and have jumped political scales. This implies that housing issues have to be looked at from new angles: they can no longer simply be addressed through localized projects, but rather at multiple scales. The current debate is largely limited to statements about the relevance of individual organizations for local housing processes and tends to overlook the innovativeness in terms of re-scaling those processes and of influencing institutional change at various levels by transcending national boundaries. There is a significant lack of a systemic understanding of such globally operating grassroots networks and how they function in the housing process. This book brings together different perspectives on multi-scalar approaches within the housing field and on grassroots’ engagement with formal agencies including local government, higher levels of government and international agencies. By moving away from romanticizing local self-initiatives, it focuses on understanding the emerging potential once local initiatives are interlinked and scaled-up to transnational networks. 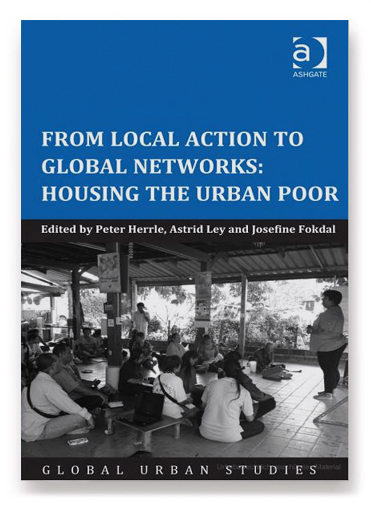