In 1998, the newly established Gay and Lesbian Archives of South Africa acquired 600 photographs and three interviews conducted with their original collector, Kewpie. The Kewpie Collection, as it is now known, depicts and was created by a collective of self-described gays and girls living in District Six, an inner-city area of Cape Town, South Africa, from the 1950s to the late 1980s. Legally classified “Coloured” under apartheid, the girls were among the 60,000 residents forcibly removed from the District after it was declared “Whites Only” in 1966 and demolished by the Nationalist government. District Six has since been remembered as a centre of cultural production, social integration, and political defiance, the possibilities of which were tragically curtailed by apartheid.
Locating the Kewpie Collection within these histories and mapping the archived materials’ subsequent circulation, this lecture will argue that Kewpie’s recent recuperation as the “Daughter of District Six” has been facilitated by work that gays and girls themselves undertook, while living in District Six and since its destruction, to imagine otherwise and to reimagine what home might yet mean. Through this work, the Kewpie Collection invites all who identify with the symbolism of the lost District to return to a more expansive sense of home.

The lecture is organized by Christian Haid and is part of the Seminar “City of Queer Spaces II - Oral Histories”. 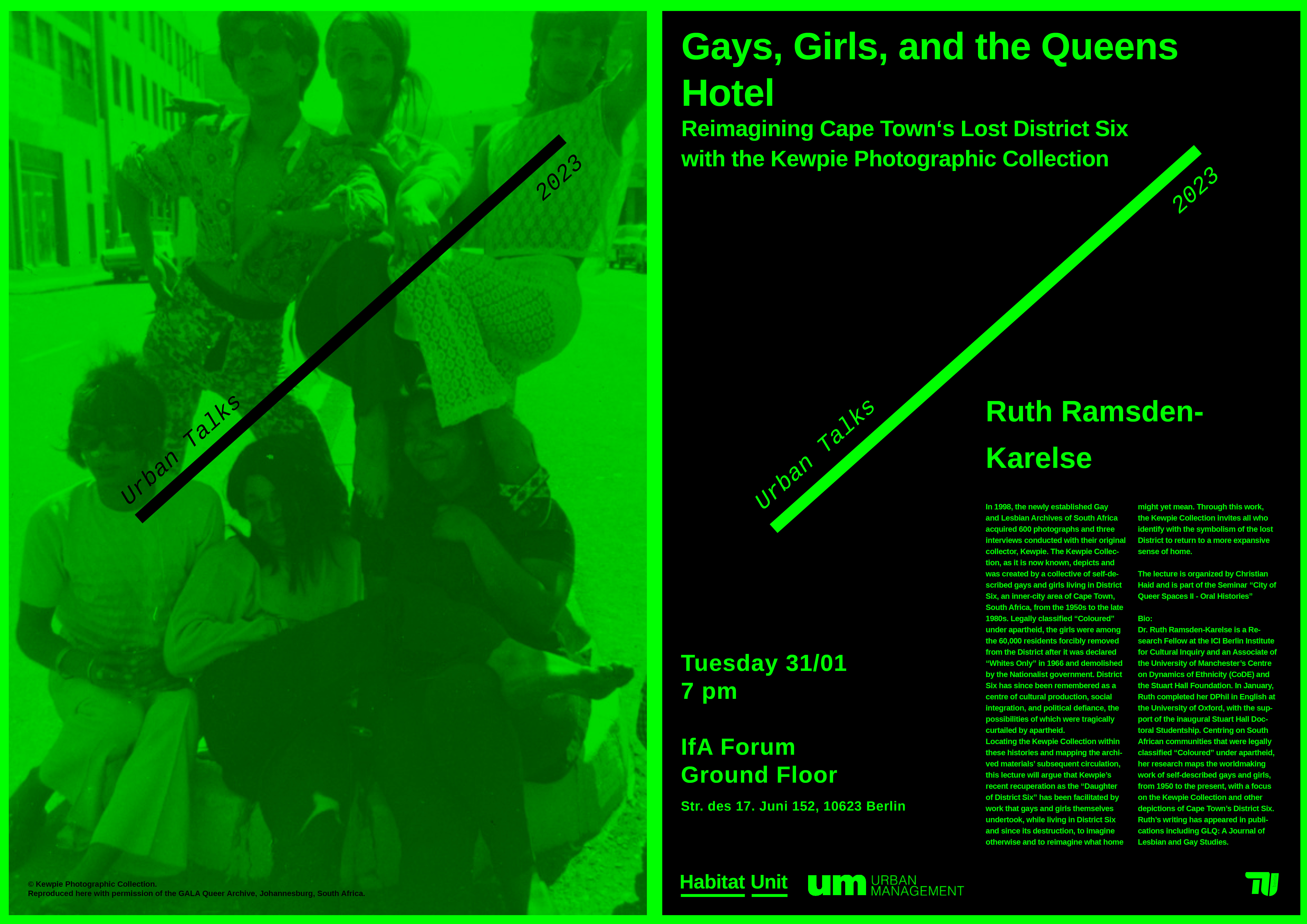 Dr. Ruth Ramsden-Karelse is a Research Fellow at the ICI Berlin Institute for Cultural Inquiry and an Associate of the University of Manchester’s Centre on Dynamics of Ethnicity (CoDE) and the Stuart Hall Foundation. In January, Ruth completed her DPhil in English at the University of Oxford, with the support of the inaugural Stuart Hall Doctoral Studentship. Centring on South African communities that were legally classified “Coloured” under apartheid, her research maps the worldmaking work of self-described gays and girls, from 1950 to the present, with a focus on the Kewpie Collection and other depictions of Cape Town’s District Six. Ruth’s writing has appeared in publications including GLQ: A Journal of Lesbian and Gay Studies.