In combatting urban epidemics, many European cities in the late-nineteenth century installed municipal water infrastructure. This lecture looks at Berlin’s first municipal water supply and waste water removal infrastructure as a design project that also designed an environment for the first time. By regulating the hinterland through its hydrogeological resources, the project also changed what the countryside meant and represented, it redefined urban public and private space, and designed an entirely new commodity: water itself. 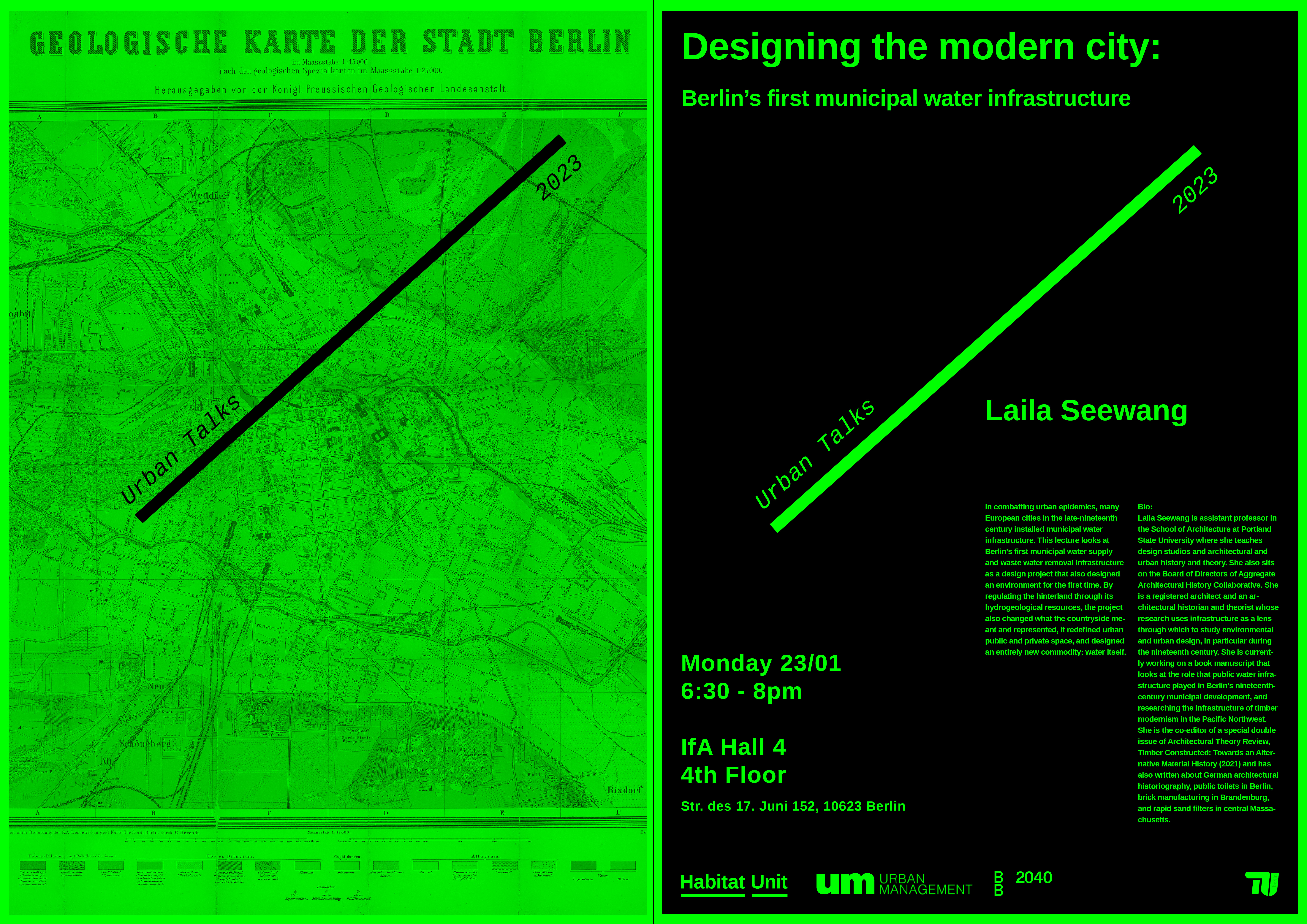 Laila Seewang is assistant professor in the School of Architecture at Portland State University where she teaches design studios and architectural and urban history and theory. She also sits on the Board of Directors of Aggregate Architectural History Collaborative. She is a registered architect and an architectural historian and theorist whose research uses infrastructure as a lens through which to study environmental and urban design, in particular during the nineteenth century. She is currently working on a book manuscript that looks at the role that public water infrastructure played in Berlin’s nineteenth-century municipal development, and researching the infrastructure of timber modernism in the Pacific Northwest. She is the co-editor of a special double issue of Architectural Theory Review, Timber Constructed: Towards an Alternative Material History (2021) and has also written about German architectural historiography, public toilets in Berlin, brick manufacturing in Brandenburg, and rapid sand filters in central Massachusetts.