Cities are shaped by multiple interests, often acting in pursuit of conflicting visions. In Lagos, there is a wide disconnect between the developmental policy thrust of government and citizens’ quest for survival - a seeming ‘Conflict of Rationalities’. This lecture interrogates the tensions inherent in the urban trajectory of Lagos from the dual lens of what the government wants vs what the people need. The following contexts are considered: development strategy, infrastructure, governance and planning. In exploring an alternative urbanism that bridges the gaps in rationalities, Taibat asks the following questions: What is? What should be? How can we get there? 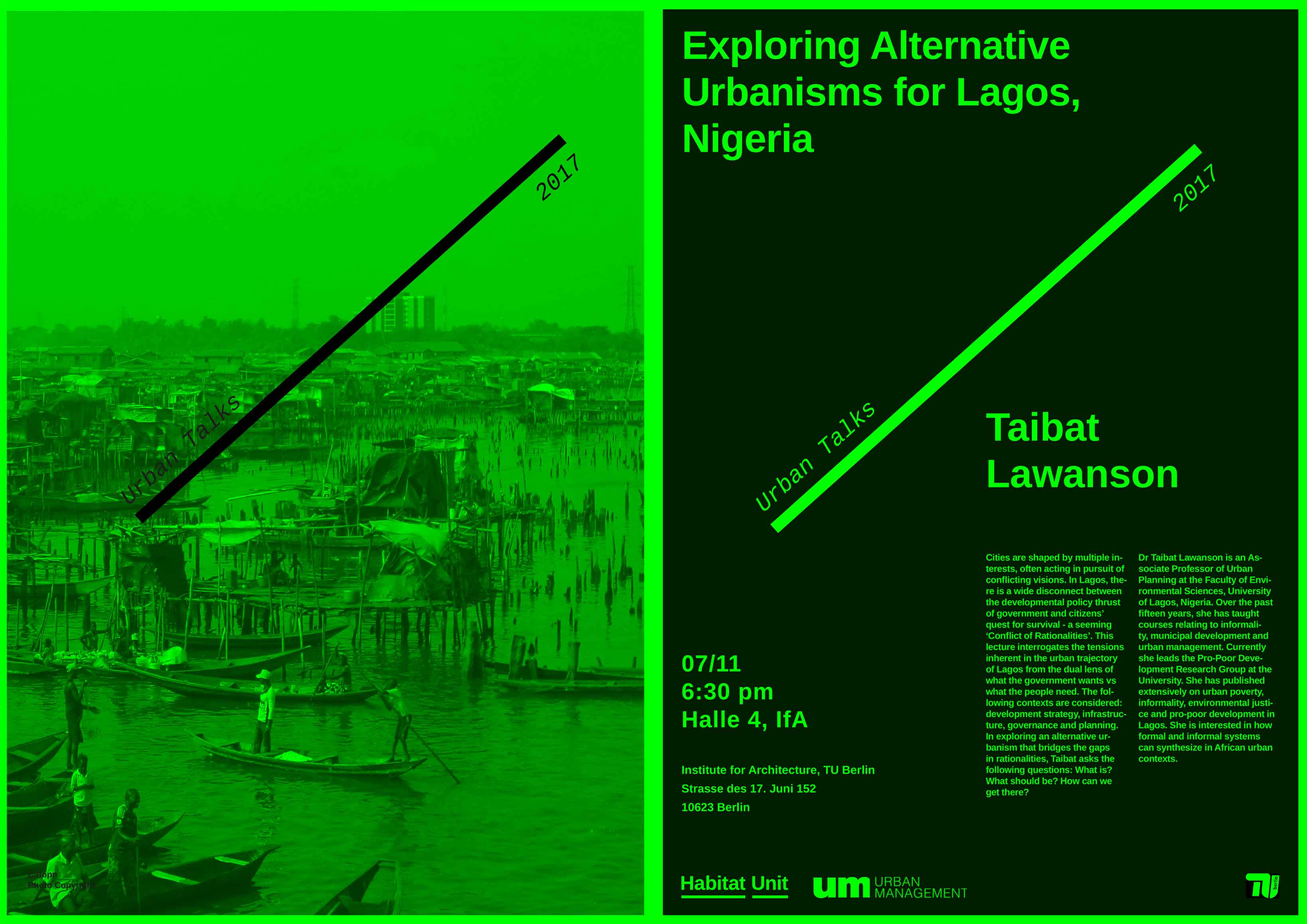 Dr. Taibat Lawanson is an Associate Professor of Urban Planning at the Faculty of Environmental Sciences, University of Lagos, Nigeria. Over the past fifteen years, she has taught courses relating to informality, municipal development and urban management. Currently she leads the Pro-Poor Development Research Group at the University. She has published extensively on urban poverty, informality, environmental justice and pro-poor development in Lagos. She is interested in how formal and informal systems can synthesize in African urban contexts.