The New Urban Agenda adopted in Quito in October 2016 was the culmination of extensive negotiations among member countries of the UN and of lobbying by the non-governmental sector. The result is a commitment by member states to some important advances, such as the fore-fronting of individual and collective rights in the governing of cities. However, there is also an adherence to liberal economic assumptions and approaches, softened by the pervasive term ‘sustainability’. This speaks past much of the urban reality on the African continent. In this public lecture Marie will interrogate the New Urban Agenda from that perspective, using examples primarily from South Africa and Kenya. She willraise for discussion afterwards, some difficult challenges for the urban practitioners of the next decade. 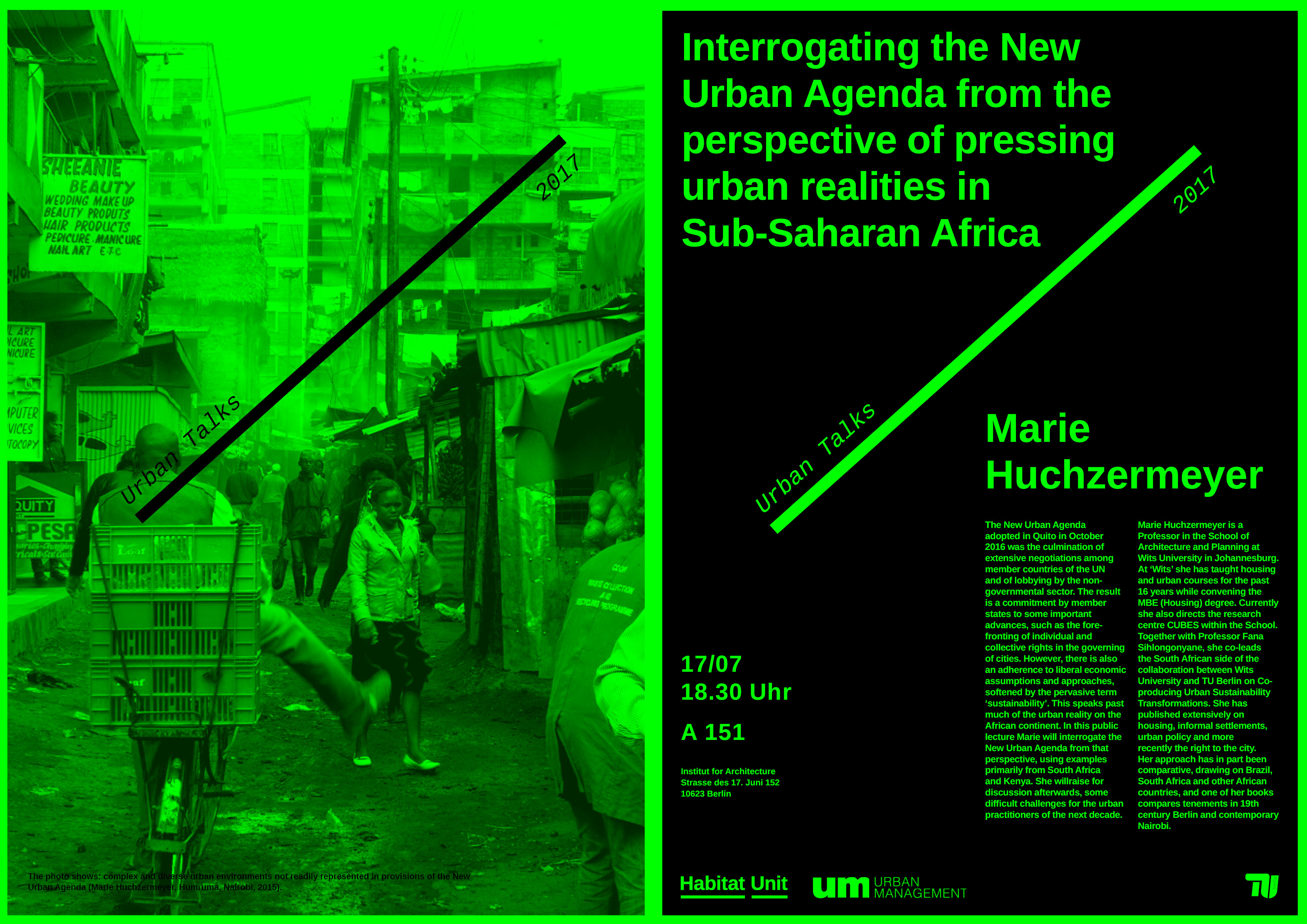 Marie Huchzermeyer is a Professor in the School of Architecture and Planning at Wits University in Johannesburg. At ‘Wits’ she has taught housing and urban courses for the past 16 years while convening the MBE (Housing) degree. Currently she also directs the research centre CUBES within the School. Together with Professor Fana Sihlongonyane, she co-leads the South African side of the collaboration between Wits University and TU Berlin on Co-producing Urban Sustainability Transformations. She has published extensively on housing, informal settlements, urban policy and more recently the right to the city. Her approach has in part been comparative, drawing on Brazil, South Africa and other African countries, and one of her books compares tenements in 19th century Berlin and contemporary Nairobi.