After completing his B.A. in Politics from the Faculty of Political and Social Sciences in Tehran, he received his Ph.D. in Social Sciences from the University of Kent. He taught Sociology at the American University in Cairo, at the University of California at Berkeley, Columbia University, and was Fellow of St. Antony‘s College, Oxford University. He was the Academic Director of the International Institute for the Study of Islam in the Modern World (ISIM) and ISIM Chair of Islam and the Modern World at Leiden University, The Netherlands, from 2003 until 2009. He is Professor of Sociology and of Middle East studies at University of Illinois and currently is Fellow at Wissenschaftskolleg/ Berlin. 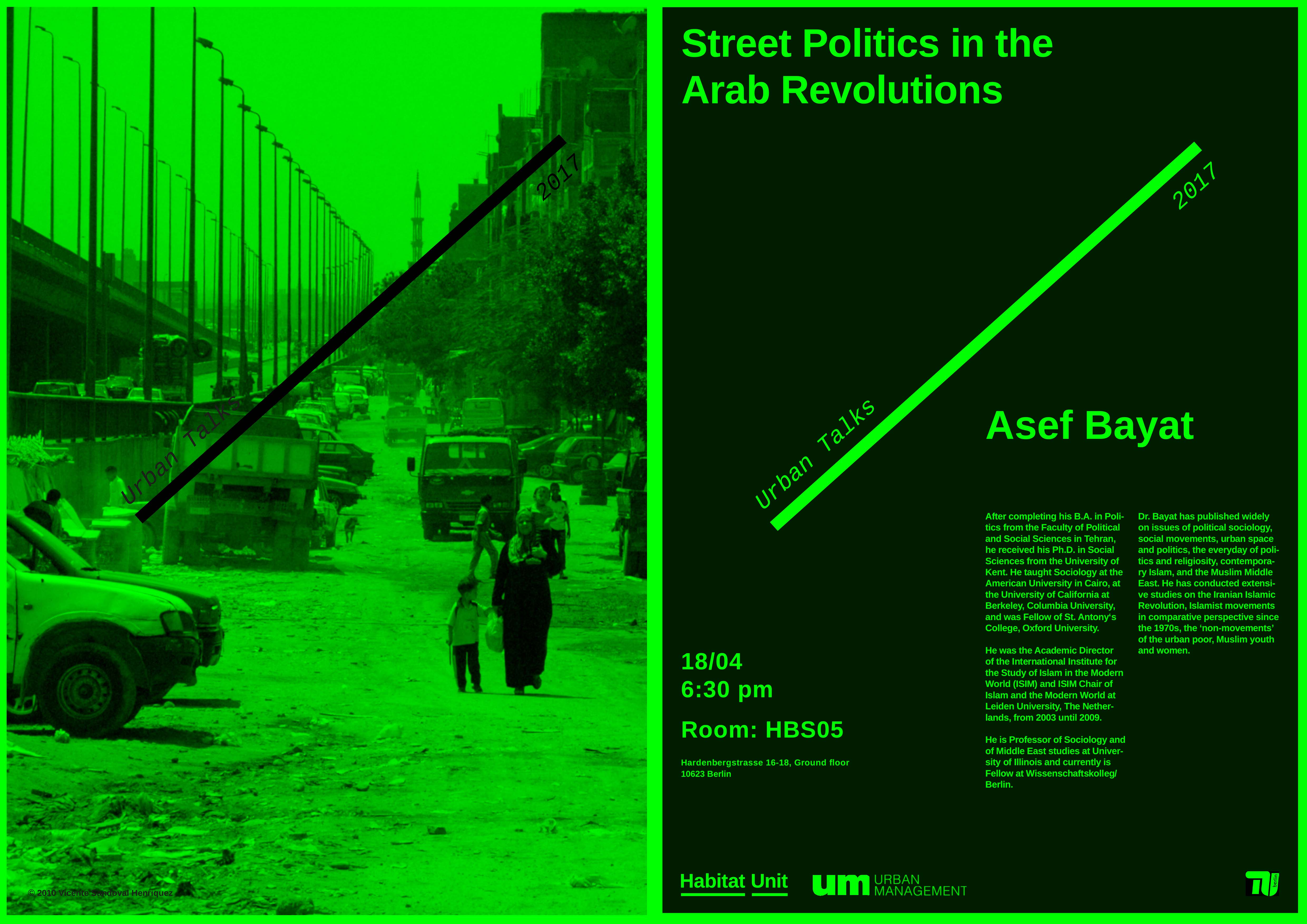 Dr. Bayat has published widely on issues of political sociology, social movements, urban space and politics, the everyday of politics and religiosity, contemporary Islam, and the Muslim Middle East. He has conducted extensive studies on the Iranian Islamic Revolution, Islamist movements in comparative perspective since the 1970s, the ‘non-movements’ of the urban poor, Muslim youth and women.