The KITCHEN-HUB, a place of encounters between refugees and locals will be established in late october 2015 in Berlin-Schöneberg by the organisation Über den Tellerrand e.V. During the five weeks of the summer school a detailed usage concept for the space was developed together with the organisation, first pieces were then designed and built at Technische Universität Berlin. The core team consisted of an interdisciplinary group of students, refugees, volunteers and craftsmen.

The KITCHEN-HUB aims to become a space of coexistence and mutual exchange. The claim to actively engage refugees in the coproduction of urban space reflects in it´s design, allowing flexibility, growth and participation of it´s future users. A modular toolkit system answers to the requirements of a multifunctional place, where events such as cooking classes, workshops, discussion rounds or community meetings can take place.

The summer school was funded by the STO-Stiftung and was realized in a close collaboration with CoCoon - contextual construction. It built on the experiences and outcomes of the design studio Refugees in the City: cooking with refugees in Berlin of the summer term 2015. 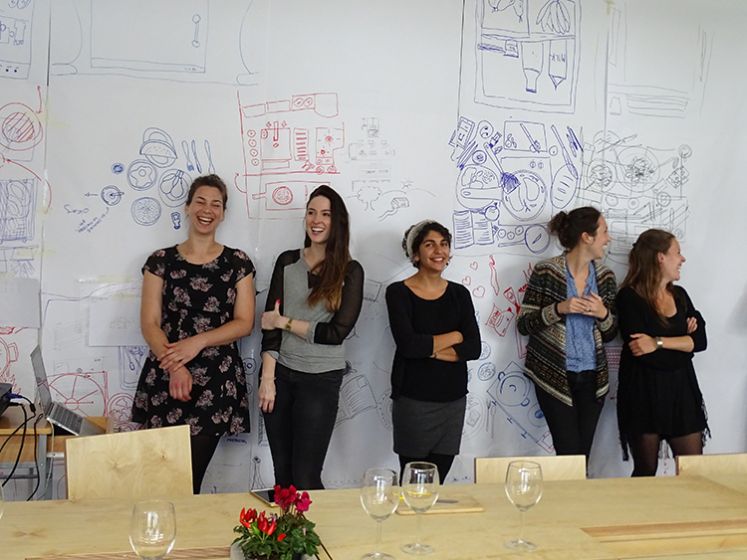 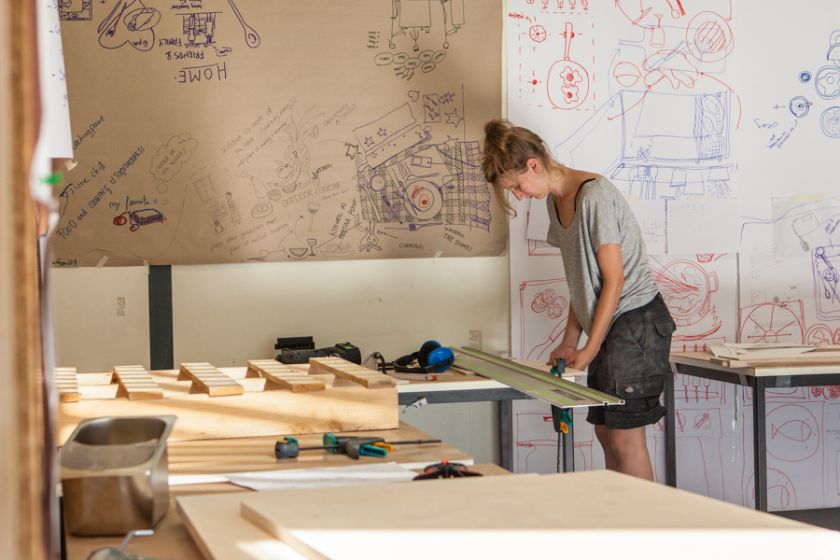 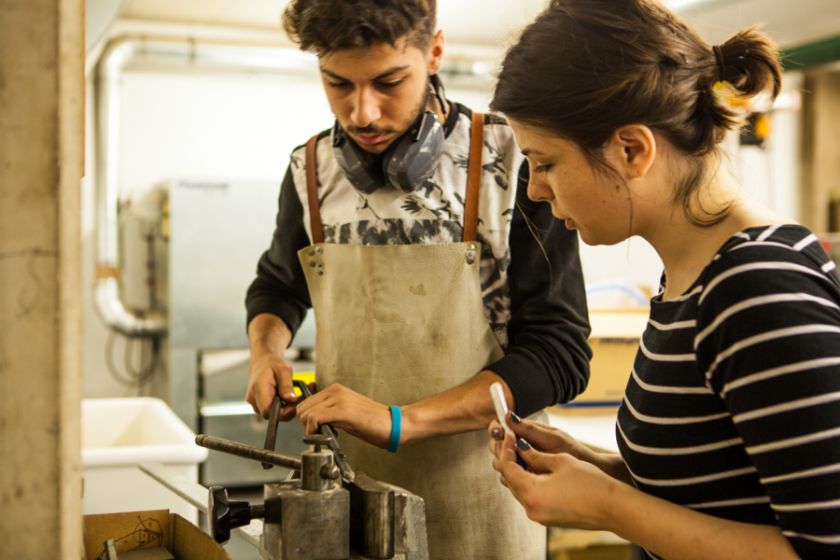 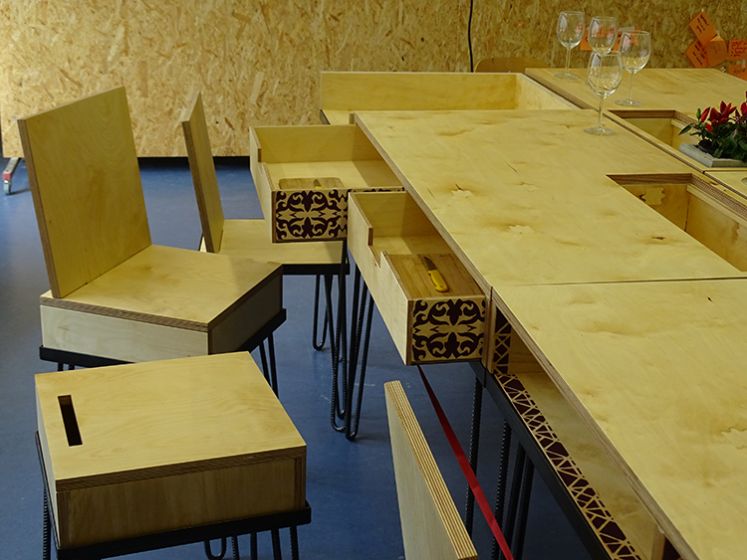 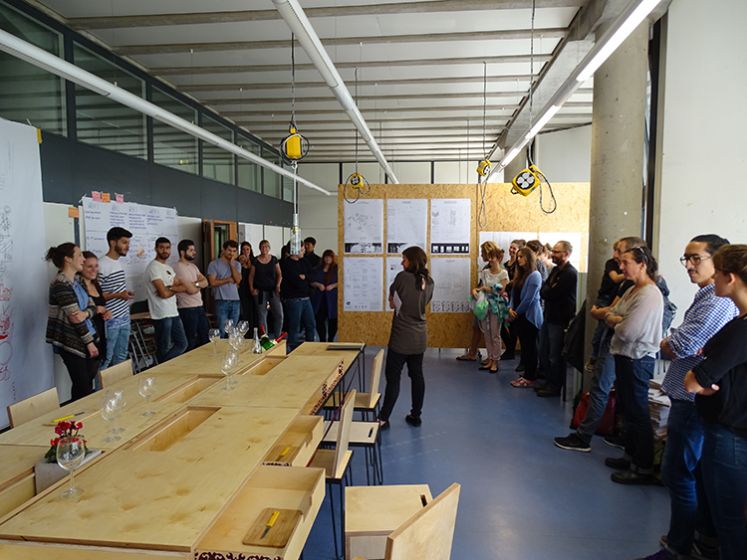 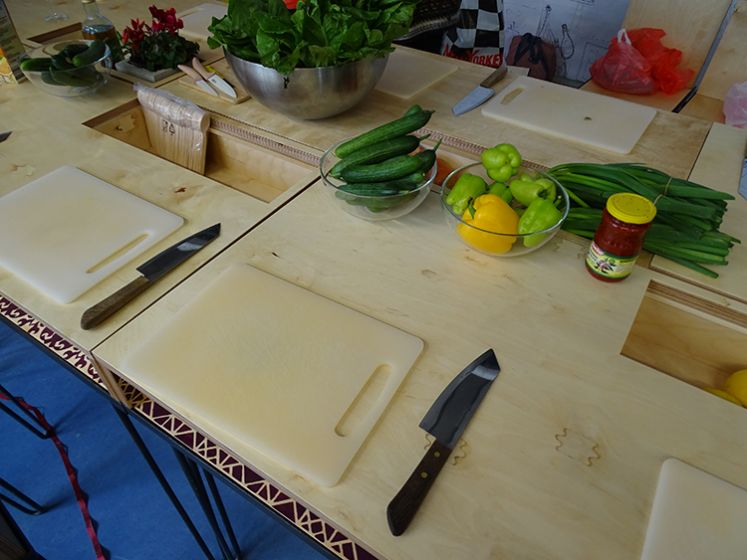